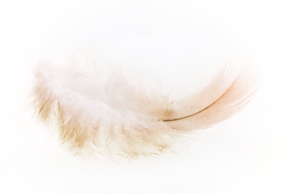 An old friend stopped by the office the other day. She said she enjoys reading about the boys’ antics on Facebook. Like everyone else, she didn’t even realize I’m on Twitter! Amazing how no one pays attention to my Twitter feed. Instead, they follow my Tweets after they’re fed to FB. My tweets are like droplets of water in the Atlantic.

Anyway, I digress… I told her I was blogging again, and she asked what the blog was about. I told her mostly music at the moment until I can get back into the kitchen once my foot heals from surgery. I went on to explain that I’m not always into the hottest pop artists, but there is a pretty big exception: Adele. We both swooned for a moment. “OH! I know! I love Adele,” she said. “How can you not?” I replied, hands over our hearts. I instantly felt ridiculous! It really bothers me that I love Adele so much. I feel like we’re all on this Adele train together, which goes against my nature. I’m a go with the flow kind of girl, but I am not one to follow the crowd. But there are a hundred reasons why the world loves Adele, including me, which I don’t need to get into. Instead, in my own true style, I want to share one of my favorite songs by Adele which most Americans have probably never heard.

She did this cover of a Cheryl Cole song called Promise This on a live BBC Radio 1 show back in 2011. I’ve used the longer clip with her introducing the song because, like everyone else, we love listening to Adele speak almost as much as listening to her sing. Almost. It’s partially the accent, but it’s mostly because of the joy & candor bubbling out of her.

And this is Cheryl Cole’s original version so you can compare the two:

No disrespect intended, but I do have a favorite.