When I was five, I wanted to be a vet like every other 5-yr-old. As I grew older, I realized I don’t really like animals. Eh, my plans changed.

When I was a teenager, my plan was to become a teacher; and I was dead set against marrying until I was at least 30, if I would marry at all, that is. That latter part of my plan was less defined, but I had detailed visions for both avenues. Then my only sibling was born a month before I graduated from high school so I decided to go to college closer to home. This is where I earned a degree in public relations and met my husband, whom I married when I was only 23. Wut? Invoking immeasurable stress against my type-A personality, I had surrendered my own plans again and again.

After getting married, we purposely waited several years before starting a family. To our surprise, once we decided to take the plunge, it took us more than three years to have our first child. That didn’t go according to plan at all. Those three years encapsulated the most miserable period of my life. Filled with self-pity, doubt & anxiety, grief & loss, jealousy, resentment… It was a depressing, dark, and ugly time. Something to which I was not accustomed and hope to never face again.

I truly didn’t learn or grow much during the “infertile years.” In every sense of the the word, my life in general was completely barren. There was NO FRUIT anywhere to be found. Not only was there no full-term pregnancy for such a long time; there was no growth in any aspect of my own life: my marriage, my faith & spiritual life, my career, my relationships. If anything, I was shrinking; bitterly turning inward and downward toward the darkness. I was focused on me and my suffering. Unfortunately, once we finally had our son, I was so focused on him and adjusting to having a child, it took a long time to finally see the bigger picture of those years.

Almost four years after having our first son, we had our second child, and good gawd! ALL our plans were obliterated once again! Absolute dust. Unrecognizable bits scattered to kingdom come. When my instinct told me I most needed a plan, there was none to be drawn. Our son’s situation in and of itself required being able to function without a plan. His health was so fragile, he would go from fine to being rushed to the hospital via ambulance in as few as 20-30 minutes. We were constantly living on the edge of a life-or-death emergency. In order to keep my sick son alive and provide stability for my healthy son, it became critical for me to learn to think on my feet. My family needed me to keep it together.

Although I felt like I was living in an alternate reality much of the time, there was actually no depression or crisis of faith this time around. Don’t get me wrong; it was a terribly difficult time during the thick of it which lasted about 18 months. (He will always have chronic issues, but he’s finally much more stable now.) It was frightening and exhausting as he spent nearly every other week between the age of two and three in the hospital for days at a time. It required a great deal of cognitive power and physical energy, but I seemed to always have just enough. Because it was never about me. It was all about my kids which is the critical difference when I compare these two most intense periods of my life. My focus literally became keeping my children alive and emotionally stable. There was no time to think about myself or my relationships, my career, or even dinner. My habit of planning just faded away and my wont for control over the future organically shifted to doing whatever was necessary in that instant and being completely present in the good times. For the first time I was truly living in the moment. And even though the reality of losing him was minutes away so many times, I never felt abandoned or alone. My faith had never been stronger. The bond with my husband was solidified. Our friends and family and medical team rallied around us, and I’ve never felt more loved and supported. I’ve never been more aware and empathetic. Never appreciated my children more. I’ve never been this well-read and open-minded. Never had such a voracious appetite for information and so much drive for creative expression. I’ve never been able to understand science and medicine like I do now! I’ve never felt this humbled. Never less in control of anything. Perhaps never this at peace. Most ironically, since I stopped trying to control the future, I’ve never felt so excited about it.

Although I would never want to relive those worst years of my son’s health, I will be eternally grateful for the fruits born out of those trials. Letting go has been the best thing that has ever happened to me. I know there’s much in store for me in this life. And I do have goals and hopes and dreams for me and my family, but I now know the most efficient (and enjoyable) way to get there is by simply placing one foot in front of the other. We’ll overcome the obstacles in our path and simply continue on our way. 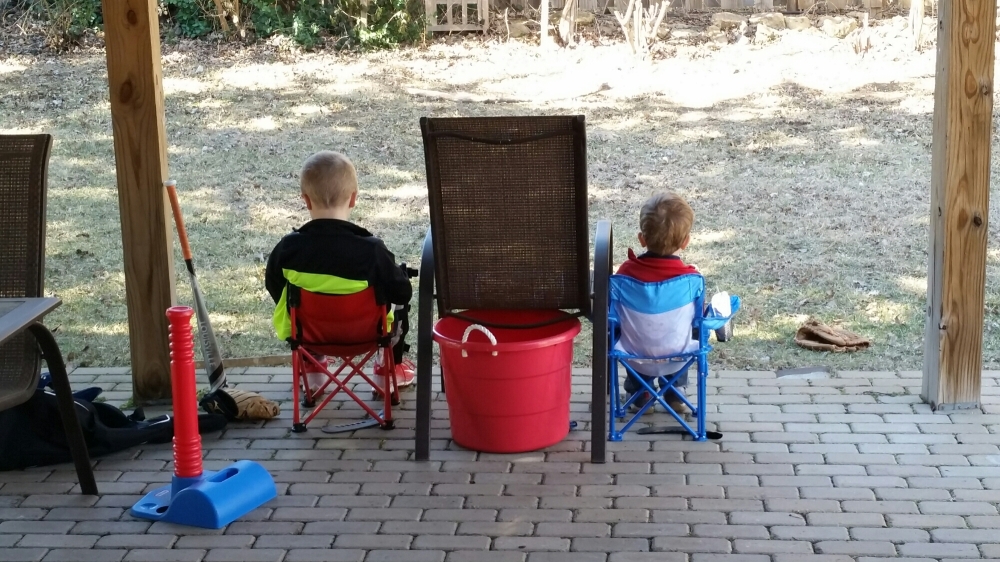